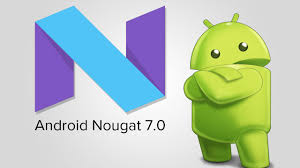 I’m pretty certain that we all love to update our Android OS to this pretty awesome new Android OS called Android 7.0 Nougat to experience our Android device in a new dimension. It pains me to see some Tecno users still using Android 5.1 Lollipop on their smartphone when the Android 0 is almost upon us. I’m sure they are willing to update to the latest Android OS, but update seems not available for them.

Tecno Mobile has kept its users in the dark for long now over its plan for possible upgrades of eligible devices to Android Nougat M. Back in June this year, Tecno mobile announced that some Tecno device using Android 6.0 Marshmallow will be getting Andoid 7 Nougat update, starting with the Tecno Phantom 6 Plus. In the announcement, no other model was mentioned. Wait no more, update will finally come out this August. Tecno mobile has confirmed it in a thread at Tecno Forum by one of their Administrators that the Tecno Phantom 6 Plus (A9) will be getting the much anticipated Android 7 (Nougat) OTA update on the 4th of August this year 2017. Fingers are pretty much crossed because the only Tecno phone to have ever received a version update was the Tecno Camon C8 (Lollipop to Marshmallow update) and the first couple of builds were so buggy that they were practically unusable. If Tecno comes through on this then the Tecno Phantom 6 Plus (A9) will be the second Tecno phone to have ever received a version update and the first to receive a Nougat update. Now, hope of receiving Nougat updates on Tecno devices is gradually being revived. So far as possible, if Tecno Phantom 6 Plus can get Nougat OTA updates, there will be confidence that others of its devices should get theirs soon. What do you think about this latest move by Tecno Mobile?

You Can Now Transfer Paypal Funds Through Skype Mobile App