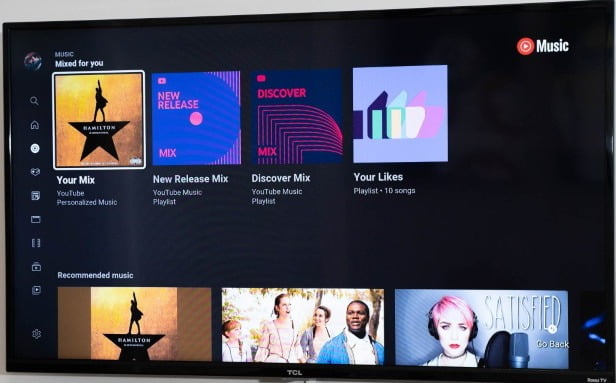 An update to the YouTube app for Android TV has delivered YouTube Music integration, wider HDR support, and some UI tweaks too.

Android TV’s YouTube app is getting a couple of welcome updates. Thanks to a server-side change, YouTube Music has rolled in on Android TV through the bigger YouTube app — Yep, it’s super weird.

This latest server-side update has been rolling out for a few days, and with it delivers a few notable tweaks. Immediately, some users will notice that Google has redone the icons along the sidebar with a slightly tweaked style. Also, some users have reported that HDR seems to work on more Android TV devices with this update. I haven’t encountered this myself, but it’s a welcome addition if it is rolling out widely.

The biggest change to YouTube’s Android TV app, though, is the addition of a music tab. YouTube Music has lacked an official YouTube Music app which, as the service prepares to kill off Google Play Music, is obviously a bit worrying.

To get YouTube Music on Android TV, Google simply integrated that functionality directly into the larger YouTube app. A new tab in the sidebar will pull in your recent YouTube Music mixes and listens along with your “Daily Mix” and other generated playlists.