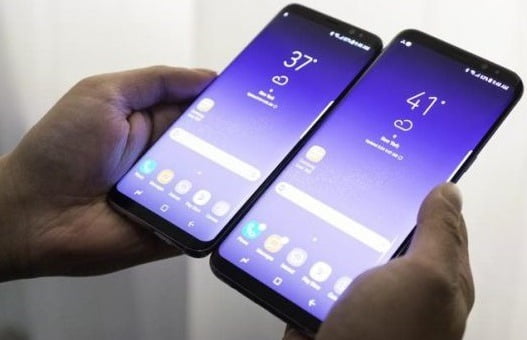 Samsung has unveiled its new flagship smartphone, Galaxy S8 and S8+, the Korean giant’s latest attempt to take on the iPhone. The phone was launched at an event in New York on Wednesday 29th March 2017.

The launch of the device is seen as a crucial moment for Samsung coming after the scandal that saw it forced to recall and cease production of the Galaxy Note 7, its previous top-end phone. “As you all know, it has been a challenging year for Samsung. A year filled with valuable lessons, hard decision and important new beginnings,” DJ Kho, president of Samsung’s mobile communications business, said onstage at Wednesday’s event. Problems with the Note 7s arose shortly after the launch last August, with several complaints of devices catching fire when charging. Some replacement phones also caught on fire. Samsung initially blamed faulty batteries, but some experts believe a design flaw may have been the cause. The recall wiped out billions of dollars of profits and hurt Samsung’s brand. “The launch of the new device must be perfectly executed for Samsung to gain innovation leadership and to gain market share in the high-end smartphone segment,” said Thomas Husson, vice president and principal analyst at research and advisory firm Forrester. The new device comes in two sizes, the 5.8-inch S8 and the 6.2-inch S8+. They feature a new design in which the “infinity display” wraps around the device, meaning that the large screen takes up almost all the front of the phone. For the first time on a Samsung phone, the physical home button is removed entirely. (This is already the case on most other Android devices). Specification of Samsung Galaxy S8 and S8+