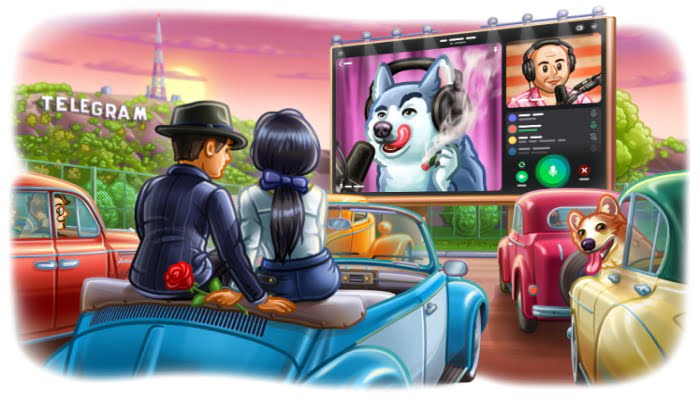 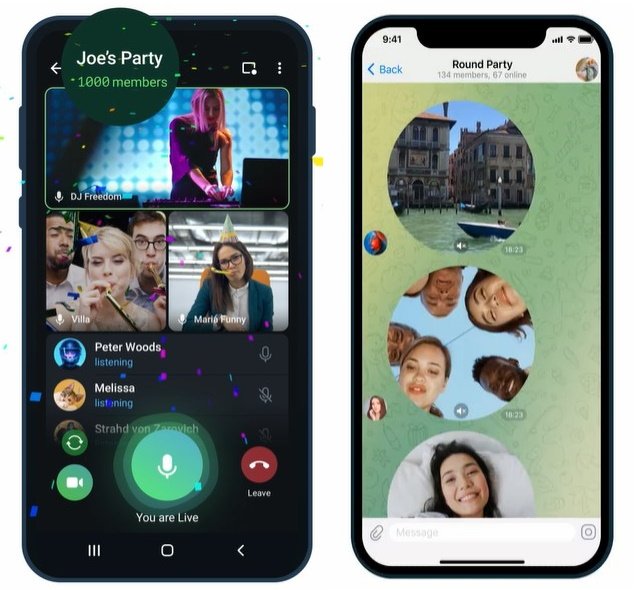 Telegram said on Saturday that group video conversations may now have up to 1000 viewers, video messages can now be recorded in greater quality and enlarged, and normal videos can now be viewed at 0.5 or 2x speed.

Although the maximum number of individuals who may join and broadcast to the video conference remains at 30, the firm claims that you can now have a large audience for “anything from online lectures to live rap battles.”

Video messages now have greater quality, and you can expand them to take in all those extra pixels by tapping on them.

Telegram claims that when you record your own video messages, the audio from your device will now continue to play, “so you can now sing along to your favorite songs or react without interrupting your podcast.” When recording with your phone’s rear camera, you also may zoom in as well.

Last, screen sharing has been introduced to 1-on-1 calls, and broadcasting in any video conference now includes the sound from your smartphone.

Other features that have been introduced may be found here.