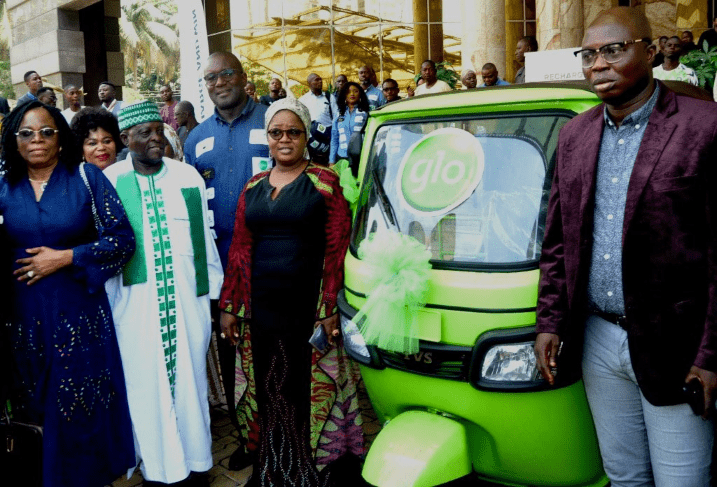 The grandmasters of data, Globacom, has pointed to empowering thousands of its subscribers by giving them an opportunity to win life-enhancing items in a unique consumer promotion called Recharge and Win Big otherwise known as My Own Don Beta.

The promo, which had generated frenzied excitement among millions of Glo subscribers when teasers of the tantalizing offer were exposed in several online and traditional media platforms last week, was eventually unveiled at the headquarters of the company in Lagos on Thursday. The promo, according to Globacom, would enable subscribers on the network to win life-enhancing prizes such as tricycles – popularly called Keke, grinding machines, generators and sewing machines.

My Own Don Beta offer started yesterday, 3rd of October, 2019 and would be open to all new and existing prepaid and postpaid subscribers. Stressing that the items to be won in the promo were carefully selected to empower Nigerians to create wealth and even become employers of labor. How to Participate in the Promo All a prepaid subscriber needed to do is to recharge with a total of N200 in a day either in one recharge or cumulative recharges. “The more the recharge, the more entries the customer gets to the draw, thus the higher the chances of winning” Prize Presentation Locations Prize-presentation events would be held in Lagos, Abuja, Port Harcourt, Benin, Ibadan, Kano, Jos, Enugu and Onitsha. Don’t forget, the more you recharge, the more you increase your chances of winning.

Jumia One N1000 Referral Bonus is Back! Get Free 1k in Your Wallet for Each Friend You Invite