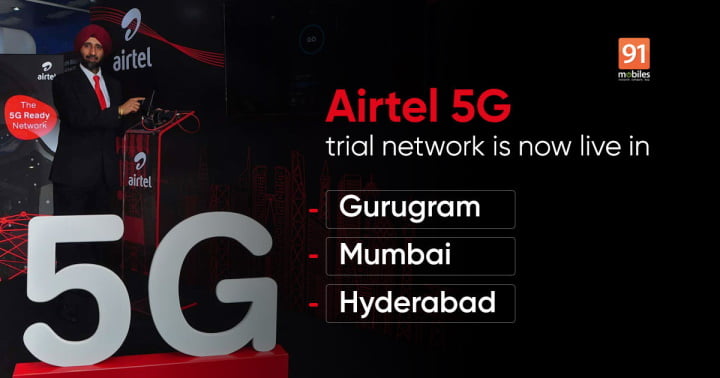 According to Indiatoday.in, the telecom giant used Nokia’s 5G hardware to perform the 5G network testing at the city’s Phoenix Mall.

During the 5G test trials, Airtel was able to reach a speed of 1.2Gbps with ultra-low latency, according to a video of the speed test provided by the business.

It also managed to upload at a rate of around 850Mbps.

When a 5G trial network was set up in Gurgaon’s Cyber Hub region, Airtel’s previous speed of 1Gbps was surpassed.

ET Telecom was the first to disclose the news, citing sources who indicated a similar experiment will start shortly in Kolkata.

Airtel was the first telecom to successfully showcase live 5G service across a commercial network in Hyderabad city in the 1800 MHz band using NSA (Non-Stand Alone) network technology earlier this year in January.

According to the Indiatoday article, the applicant TSPs include Airtel, Reliance Jio, Vodafone Idea, and MTNL.

The Nigerian Communications Commission (NCC) made a key regulatory step forward three weeks ago when it established a committee to create the Information Memorandum (IM) for the auction of the 3.5 gigahertz (GHz) spectrum band, which would be utilized for the country’s early rollout of 5G services.

This comes after a Senate hearing in which the technology for the Fifth Generation (5G) was given the green light.

Danbatta said during the inauguration that the committee’s Terms of Reference (ToR) will involve the creation of an award process to be utilized in the issuance of Spectrum licenses, in addition to establishing the IM for auctioning C-band spectrum for 5G rollout in Nigeria.

The Information Memorandum (IM) lays out the procedure that the Federal Communications Commission has chosen to use for auctioning the 3.5GHz frequency band.

It will give information about the Nigerian telecommunications industry, as well as specifics on the available spectrum, the pre-qualification procedure, the auction process, and an estimated timeline.

Other ToRs outlined by Danbatta for the committee include auctioning the C-band spectrum for 5G deployment in Nigeria in accordance with the award process, as well as reporting on the Committee’s progress to the EVC via the Office of the Executive Commissioner, Technical Services of the Commission on a regular/fortnightly basis.