Apple Watch Series 7 has been Launched with Larger Display, an IP6X Dust-resistant Design, and Faster Charging 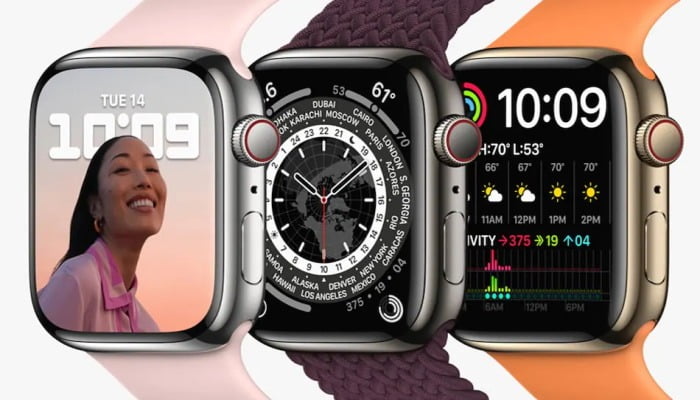 The Apple Watch Series 7 was unveiled on Tuesday at the company’s “California streaming” event. Since the initial generation of Apple Watches in 2015, the latest model is the eighth in the line of smartwatches released by the Cupertino company.

The device features include new applications such as Mindfulness, Tai Chi, and others.

“Apple Watch Series 7 delivers significant improvements — from our largest and most advanced display to enhanced durability and faster charging — making the world’s best smartwatch better than ever before,” Jeff Williams, Apple’s chief operating officer, said in a statement during the unveiling.

The Apple Watch Series 7 has a redesigned Always-On Retina display with a larger display area and thinner boundaries.

Sizes of Apple Watch Series 7 Overall wellbeing may be improved with the new Mindfulness app, sleep respiratory rate tracking, and Tai Chi and Pilates activity kinds. It also offers health and wellness apps, such as an electrical heart sensor and ECG app, as well as a blood oxygen sensor app.

Apple Watch Series 7 is the first Apple Watch to receive an IP6X dust resistance certification, as well as a WR50 water resistance rating, according to the firm.

It comes in 41mm and 45mm sizes and offers 18 hours of battery life on a single charge, as well as 33% quicker charging than Apple Watch Series 6.

The Apple Watch Series 7 has two new font sizes as well as a new QWERTY keyboard that can be tapped or swiped with QuickPath. 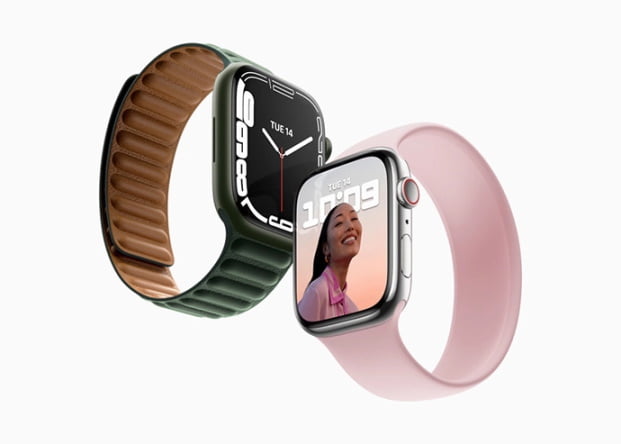 The Apple Watch Series 7 collection includes five new aluminum case colors: midnight, starlight, green, and a new blue and red, as well as an intriguing palette of Apple Watch bands that are compatible with all Apple Watch models.

Meanwhile, Apple Fitness+, the first fitness program designed exclusively around the Apple Watch, will launch a new body-conditioning exercise type with Pilates and an easy method to practice mindfulness anywhere, anytime with guided Meditation on September 27.

DStv Flex, the 'Choose Your Own Channels' Package, is now in the works