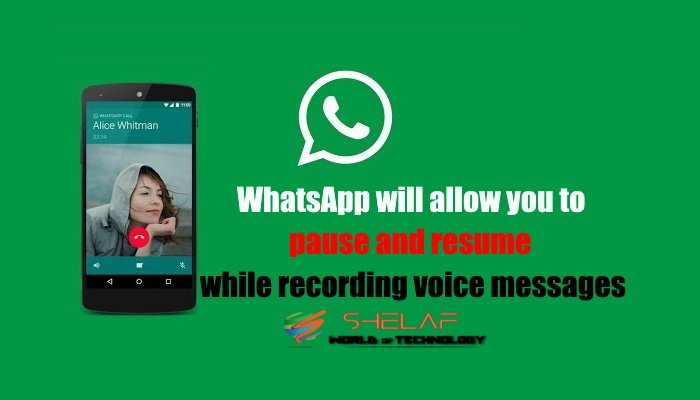 WhatsApp is clearly one of the most popular messaging applications on the planet, but it isn’t the most feature-packed. Its capabilities lack in contrast to those of its immediate competitor, Telegram, for the most part, and the recent multi-hour Facebook outage hasn’t helped matters. Telegram, on the other hand, was the greatest winner during the outage, with a significant increase in users.

However, the Facebook-owned service is working on a number of new features to improve the user experience. A forthcoming one, according to WABetaInfo, would allow users to halt voice messages while recording.

The site has posted a video that demonstrates how the updated version will allow you to pause and resume recording voice messages at any moment.

While recording a voice note, you can either press and hold the mic icon or slide it to lock it in position. This implies, if you’re interrupted in the middle of a recording, the only option to correct it is to delete it and start over.

With this new feature, Whatsapp would display a “stop” option to pause recording. When the stop button is pressed, a mic button appears, allowing you to continue your voice note when you’re ready. This might be handy for brief burst recording and coping with interruptions.

The new feature is still in development and has not yet been released to any users, not even as a beta version. However, given how far the work has progressed, we can expect the option to pause and resume voice recordings to be available on both Android and iOS devices in the near future.

WhatsApp has been working on a number of voice recording-related features recently. Another feature that the platform is presently working on is the ability for users to continue listening to a long audio message even after leaving the chat, allowing WhatsApp users to multitask even more within the app.