The New Emojis that might arrive on your Phone: Moose, Goose, and Bizarre Shaking Head 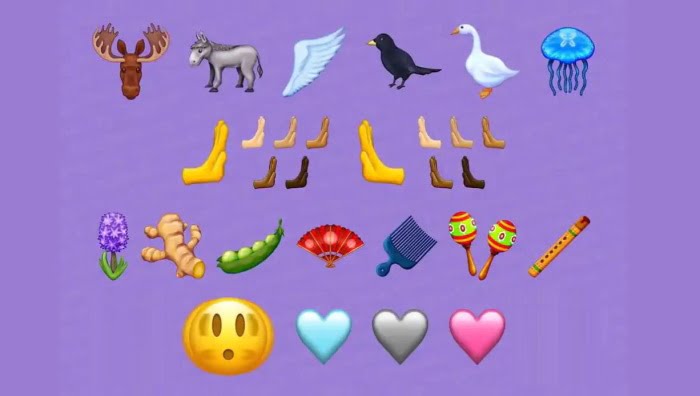 Maracas, three fresh heart hues, and a trembling head: These new emojis, along with others, will be included in the Emoji 15.0 update, which should be available this autumn on smartphones.

The emoji reference website Emojipedia prepared sample designs for each emoji contender that will be accepted for broad usage in September before World Emoji Day on July 17. The worldwide standard for communications, Unicode, may not accept any or all of the applicants. If they are, Keith Broni of Emojipedia speculated in a blog post on Wednesday that they may have a somewhat different appearance after they are added to Apple and Google’s platforms.

According to Broni, the bulk of the emoji candidates that Emojipedia previewed in recent years made the final update lists.

Read Also: Soundmojis in Facebook Messenger: Here’s How to Use the New Feature

The time it takes for them to be implemented on devices when Unicode approves them in September is uncertain. A provisional release date for the new emojis rollout was made by Emojipedia.

The whole version of Emoji 15.0 will be made available in September. It’s anticipated that Google and Android will support the new emojis on their platforms between October and December. The rest of the platforms, including Apple, Twitter, Samsung, and Facebook, will then add support for the emoji beginning in January and continuing until October 2023.

How to Easily Hide Notifications from the Apple iPhone Lock Screen