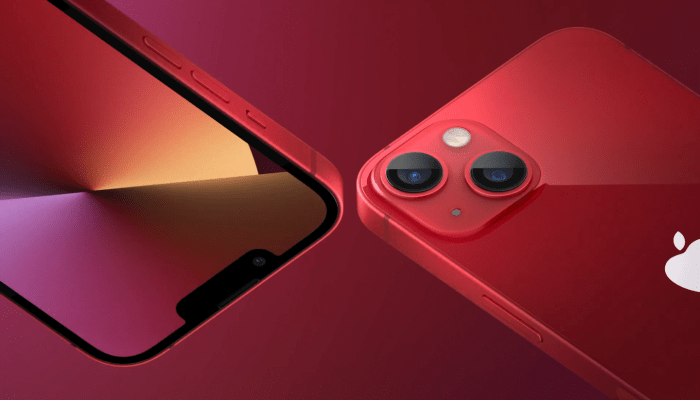 The body of the iPhone 13 is identical to that of the previous year’s model, although the cameras in the basic model are now placed diagonally. Apple is reducing the size of the front display notch this year, which still has all of the typical Face ID sensors but is now 20% smaller. 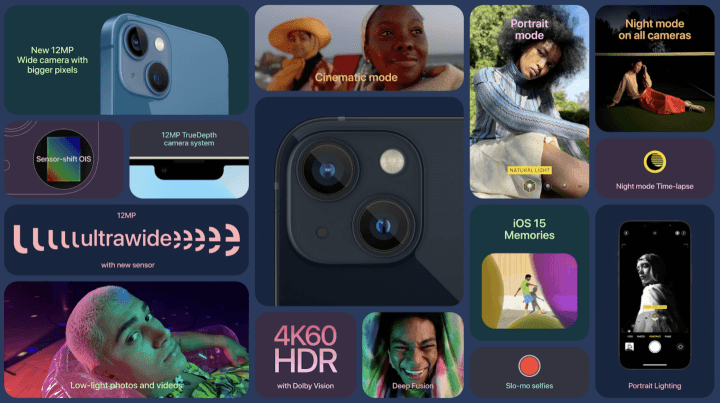 The new “Super Retina XDR” display on the basic model is 28 percent brighter at 800 nits. The phone is available in two sizes: 5.4-inch and 6.1-inch.

The A15 Bionic SoC is also included in the new phones. Apple claims the six-core CPU is “the fastest CPU in any smartphone, up to 50% quicker than the leading competitors,” with two performance cores and four low-power efficiency cores. The new four-core GPU outperforms the competition by up to 30%, while the 16-core Neural Engine can perform 15.8 trillion operations per second. 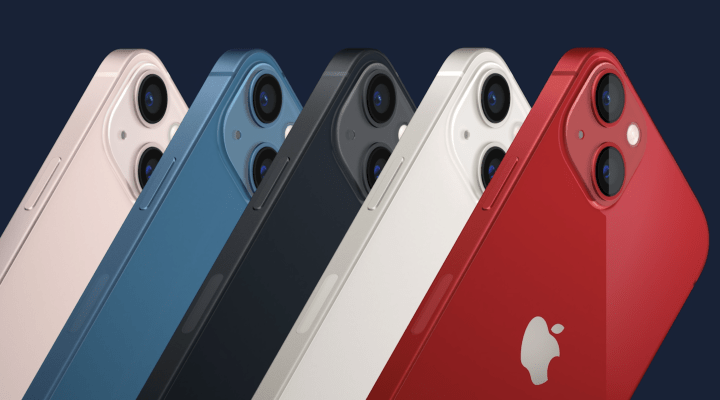 The camera will be able to smoothly change focus from a foreground object to a background object during a video using a new “cinematic” mode for the video that features a rack-focus effect. You may lock attention on two separate things and switch between them by tapping the screen. Of course, a phone doesn’t have the lens to achieve this in real life; instead, it’s an AI effect similar to dual-object portrait mode.

Apple claims that the entire phone has been redesigned to accommodate “new technologies” as well as a larger battery. Apple wouldn’t provide specific dimensions, but the iPhone Mini’s battery life is 1.5 hours longer than last year’s model, and the base-model iPhone’s is 2.5 hours longer.

The iPhone 13 Pro is a high-end smartphone 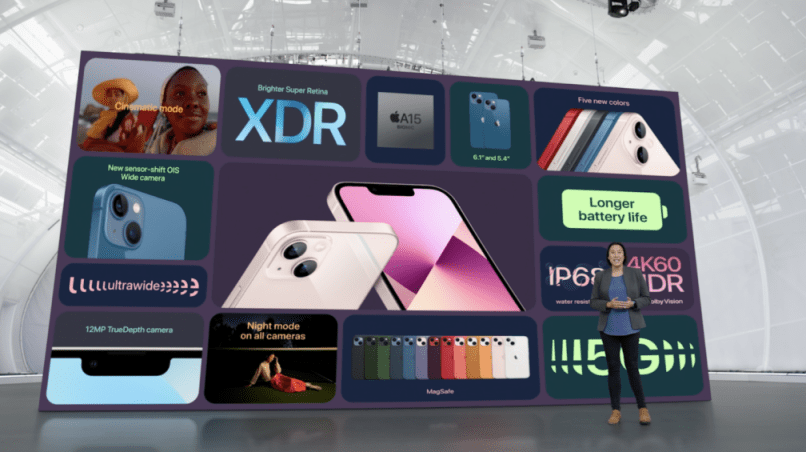 Apple also revealed upgrades to the largest iPhone, the iPhone 13 Pro, in addition to the standard model. The insides have been entirely rebuilt, much like the base model, to accommodate a larger battery and the A15 bionic. The Pro edition adds a five-core GPU to the A15, which Apple claims is the fastest in any smartphone. 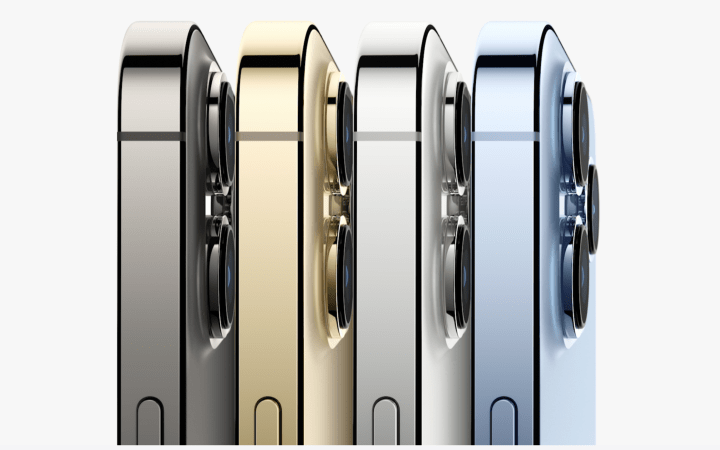 The Pro models include a 120 Hz display for the first time in the iPhone lineup. This capability had previously been available on high-end Android flagships and Apple’s own iPad Pro, but the new display should feel and look more responsive than the iPhone’s 60 Hz displays. When viewing a static image or video, the display frame rate can be dynamically scaled to save power; the display can ratchet down to 10 Hz. The Pro is 6.1 inches, and the Pro Max is 6.7 inches, just as last year. 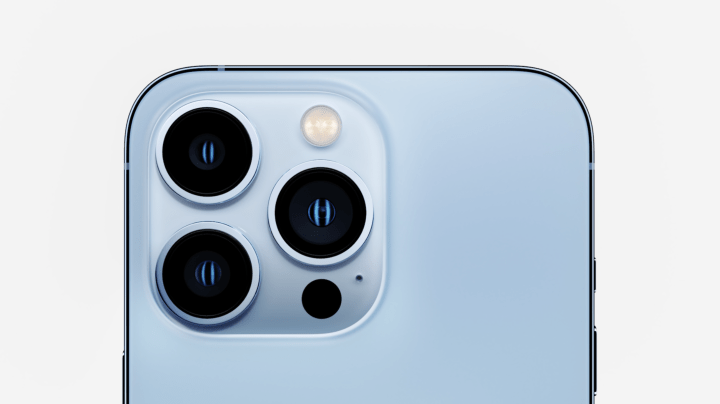 The three back cameras are all new, and Apple claims that the images will be brighter and sharper. A 77 mm telephoto lens with a 3x optical zoom, an f/1.8 aperture ultra-wide lens with a “92 percent improvement in low light,” and a primary lens with an f/1.5 aperture, 1.9m pixel size, and “2.2x improvement in low light” were among the specifications revealed. For close-up shots, there’s a macro setting, and every camera now has a night mode.

Apple’s ProRes, a commonly used HD video codec in professional situations, is also supported by the Pro series. Because the A15 Bionic includes hardware acceleration, you can record in ProRes and then edit everything in Final Cut Pro. 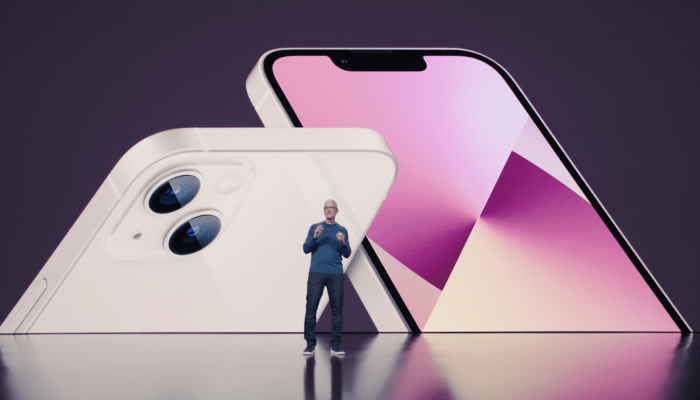 How to Turn on Dark Mode on Google Search Desktop 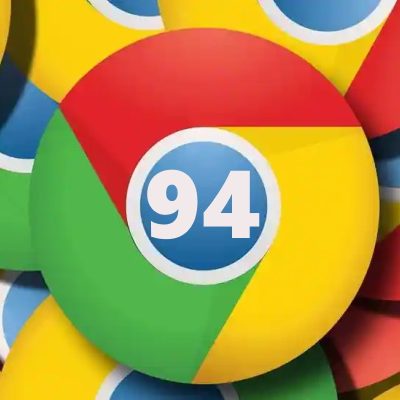 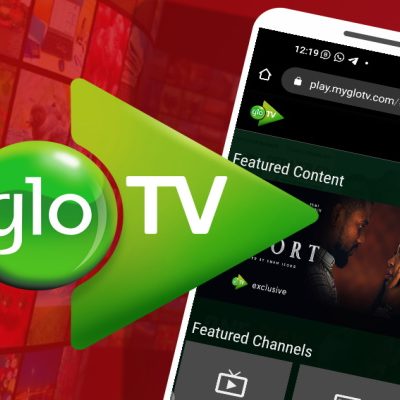 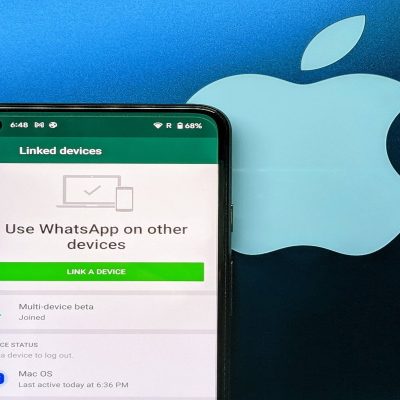 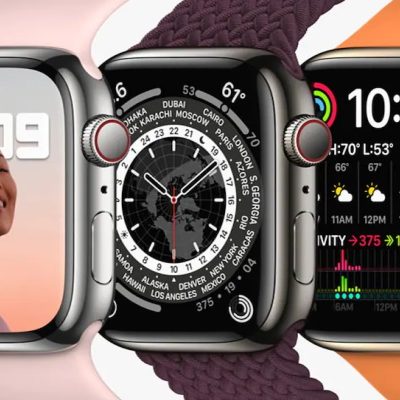 Apple Watch Series 7 has been Launched with Larger Display, an IP6X Dust-resistant Design, and Faster…