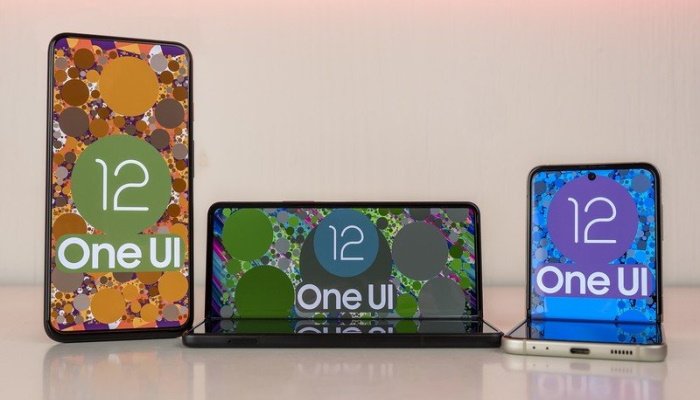 As Android 12 is still a new version of the operating system, Samsung is releasing it for its Galaxy smartphones less than a month after Google’s Pixel phones. In the following months, more devices will be upgraded, and Samsung has verified a preliminary list of those that will be updated.

On a visual level, Android 12 is one of the platform’s greatest improvements ever, yet the majority of the design changes are only available on Google Pixel smartphones. In One UI 4.0, Samsung, on the other hand, has made certain adjustments to the device.

Android 12 on Samsung smartphones, like Pixels, requires all widgets to have rounded corners and introduces a new design language for some of them. Some Samsung stock applications have been upgraded as well, with a new design language, and Android 12’s Dynamic Color feature works well. Colors from your background can be applied to system accents and a variety of apps using this feature.

In Android 12, there are also a number of privacy improvements, including new indications that reveal whether the microphone or camera is in use, even if it’s in the background. Users can give applications an estimated location rather than a specific one, and there’s a Privacy Dashboard in Settings that shows which apps are utilizing critical permissions.

Which devices will be upgraded to Android 12? The list of Samsung Galaxy smartphones and tablets that will be upgraded eventually is rather large, and it includes almost every device produced in the last two years, as well as flagships from even further back. Samsung has verified the following devices for Android 12 upgrades thus far.

The list begins with Samsung’s Galaxy S21 series, which has already received its upgrade in the United States, on carriers, and in other parts of the world. In the first few months of 2022, Samsung will update the entire Galaxy S20 and Galaxy S10 ranges to Android 12.

In November 2021, Samsung released a beta version of their Android 12 update for the Galaxy S20, with the devices receiving the update in January and February 2022.

The bolded devices are those that have recently been added to Samsung’s official list.

Samsung’s Galaxy Note lineup, which appears to be on its way out for real, will only receive Android 12 updates on five smartphones. This applies to both the Galaxy Note 20 and Galaxy Note 10 series of smartphones.

Samsung’s foldable lineup is expanding, and the whole portfolio is eligible for the Android 12 and One UI 4.0 updates. As of November, Samsung has an active beta program for the Galaxy Z Fold 3 and Flip 3, with the update expected to arrive before the end of the year.

Samsung is introducing Android 12 to a large number of its popular Galaxy A series devices as part of its ongoing effort on updates. Samsung has verified that the update will be available for 15 Galaxy A smartphones so far, with the majority of those confirmed as of November 16.

Tablets aren’t a huge thing in the Android world, and finding one with strong support is challenging. Samsung, on the other hand, is sticking by the majority of its Android tablets, with Android 12 set to arrive on eight more in the coming months.

When will the Android 12 Update be ready for my Samsung device?

Samsung released an explicit timeframe for when Android 12 upgrades would be available on various Galaxy devices not long after commencing the rollout to the Galaxy S21.

The Galaxy Z Fold 3 and Galaxy Z Flip 3 are the next in line, with a December release date planned by Samsung. Since the program began, we’ve seen many beta upgrades for these devices, indicating that Samsung is near to releasing them.

According to the plan, the majority of Samsung’s smartphones will be upgrading to Android 12 in January and February of next year, with previous-generation flagships such as the Galaxy S20 and Galaxy S10 series receiving updates in those months. One peculiarity is that Samsung has stated that the regular Galaxy S20 would not be upgraded until February, while the rest of the series will be updated in January.

Also, Samsung expects to push out Android 12 over the following eight months, with certain Galaxy A series smartphones not receiving the upgrade until August of next year. Of course, if the development goes well, things may go faster.

Keep in mind that these dates may change depending on your location, carrier, and other reasons.