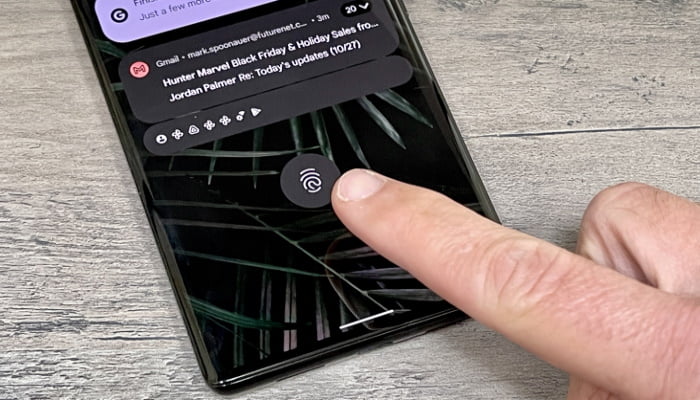 Android 13 may provide a fix for the Google Pixel 6’s sluggish fingerprint sensor. That’s right, the Pixel 6’s most vexing feature might finally be put to rest.

After installing the Android 13 public beta, Reddit users just lurking through characterized the unlocking speed of their Pixel 6 Pro as “night and day.” As proof, they released a GIF of their phone unlocking and locking in rapid succession.

The feedback on the current Android 13 beta has been divided, with some claiming a significant improvement in scanner speed and reliability, while others report the opposite: “Since the phone was released, I have had no problems with it. My Android 13 beta 2 is laggy and difficult to operate “One person replied.

After the most recent Android 12 update, some critics noted it appeared to be no quicker than their own Pixel 6 devices. Others speculated that higher animation rates may give the impression of speedier unlocking.

But it’s encouraging to see that Google may finally be resolved Pixel 6’s greatest issues.

This may still be insufficient for certain people. The Pixel 6 Pro was rumored to offer face unlocking rather than merely a fingerprint sensor before launch, but that didn’t materialize. Except Google is supposedly still mulling up throwing the feature in through software update, so perhaps there’s still grounds for optimism.

Despite the speedier unlocking, the Reddit user claims that the Android 13 beta is still unstable in other areas. We also never advise consumers to install beta versions of operating systems such as Android on their primary devices due to the danger of data loss.

Meanwhile, with the recently unveiled Google Pixel 6a, Google has taken a different approach to fix its sluggish fingerprint sensor. Despite having the same under-display placement as the Pixel 6/6 Pro, it appears to have a separate fingerprint scanner. When the phone is officially released at the end of June, we’ll be able to see if that works.