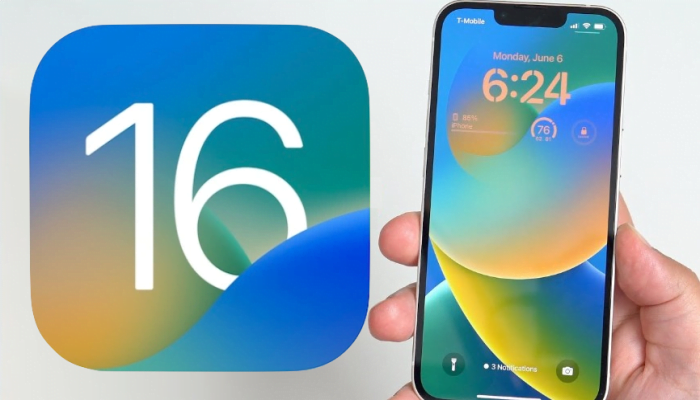 Apple launched iOS 16 – the next iPhone operating system and the successor to iOS 15 – at WWDC 2022, the company’s annual developer conference.

It’s a major update that includes a revamped Home app for your smart appliances, improved privacy features, and a major focus on the lock screen, with new fonts, colors, and themes to select from.

Apple has announced that the public beta will be available in July, with the final version expected in late 2022 for iPhone 8 and above devices.

There is a slew of new and enhanced features, and we’ve listed the most important ones below. 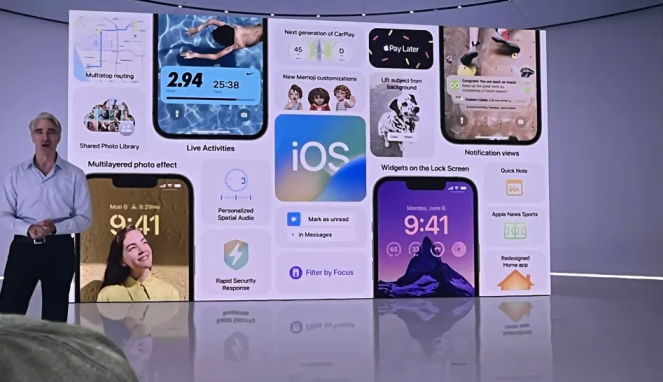 You can modify your lock screen with iOS 16 by touching in any place to alter the text font and colors.

Complications (basic widgets) can be activated here as well, a feature borrowed from the Apple Watch. You’ll be able to add three of them to your lock screen, and the Now Playing screen has been shifted to the bottom for quicker thumb access.

You also won’t be confined to a single lock screen. You can swipe between several lock screens, similar to how you can create a watch face on your Apple Watch, to have access to different widgets according to your needs. 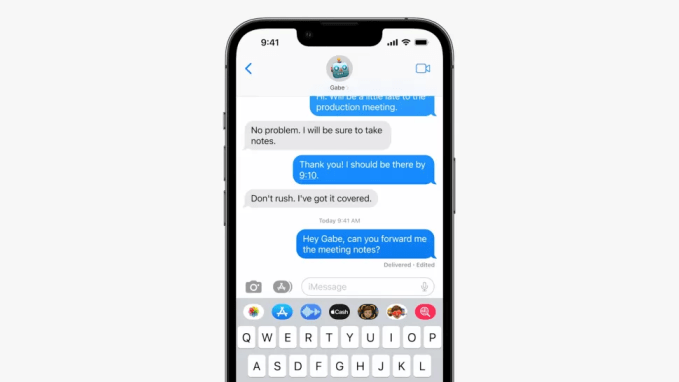 Apple has updated Messages with a number of new features. One now includes ‘undo send,’ which allows you to remove a message for up to 15 minutes after you’ve sent it – useful if you discover you’ve sent it to the incorrect person. In the same way, you can edit messages during the first 15 minutes. It’s worth noting, though, that this only applies to iPhone-to-iPhone texts.

SharePlay will also be available in the app, allowing you to watch a movie in Disney Plus and then send it to someone via Messages.

Dictation has also been enhanced, allowing users to transition seamlessly between voice and touch inputs, allowing you to type or change the cursor without having to interrupt Dictation.

Live text is also becoming better – you can now copy and paste text in the video, as well as copy text when translating a movie.

You can also restore deleted conversations up to 30 days later, invite others to participate in a project using Messages, and receive notifications when someone makes a change in collaboration.

Several new accessibility features are coming to iOS 16, including door detection, which lets you discover doors, read signs around them, and obtain directions for accessing them, as Apple hinted in May.

You can also use Siri to hang up phone talks, check live subtitles in a FaceTime call, and operate your Apple Watch from your iPhone.

The focus mode is getting some upgrades as well, and some of them are related to the lock screen, as the lock screen that appears can be modified automatically depending on the Focus profile you have.

A ‘Meeting’ focus profile, for example, can modify the background on your lock screen and display a row of widgets with information about the event.

To help you manage your productivity, you can use ‘Focus Filters’ to block off tabs in Safari, accounts in Mail, events in Calendar, and more.

The wallet has improved its privacy by allowing third-party apps to use in-app ID verification.

Tap to pay is also coming to iOS 16, which will eliminate the requirement for any point-of-sale terminals.

There’s also Apple Pay Later, which breaks down purchases into four interest-free installments spaced out over six weeks, and Order Tracking, which shows you the status of your Apple Pay orders.

Maps will now allow you to save recent travels in the app and email them from your Mac or iPad.

While traveling, you can ask Siri to add another destination hands-free in case another errand arises, and Apple’s version of Google Street View, ‘Look Around,’ is now open to third-party apps.

Apple News has a new My Sports section to enable you to check schedules, standings, and scores, which can also be put to your lock screen as widgets, as part of iOS 16.

Apple’s Family Sharing feature allows you and your family to share an account, allowing parents to authorize purchases made by children and see images and videos.

Parents will be able to react to Screen Time requests in Messages in iOS 16, making it easier for them to implement age-appropriate content limits.

A quick start feature for iPad allows you to sync settings from your iPhone to the tablet just by bringing your phone close to it, and there’s also a Family Checklist feature that makes it easy to be certain that all of the information on an iPhone is secure and child-safe.

The option to share photographs and videos via iCloud has been sought by many users, and iCloud Shared Photo Library will allow up to six individuals to share a library. Users will be able to upload photos to the Shared Library via a new option in the Camera app, and they will receive intelligent suggestions for sharing photos with other shared library users.

Safety Check, a new privacy tool, has been created to assist people who are at risk of partner abuse or harassment.

Users can immediately withdraw a partner’s access to Messages and other accounts, and an emergency reset option allows users to sign out of iCloud on all of their other devices, reset privacy rights, and limit messages to just the device in their hand. Users can also opt out of sharing their location with others. 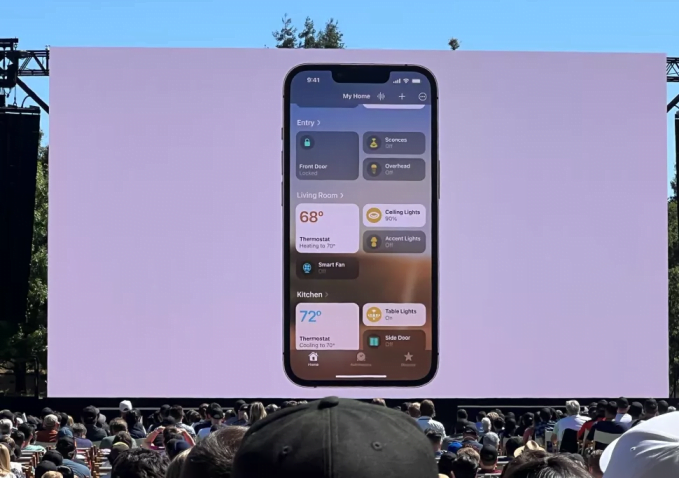 The Home app is receiving a facelift to make it simpler to control your smart appliances and rooms in connection with the upcoming new Matter smart home standard.

You’ll be able to see all of your rooms in one place, along with lighting, climate, security, and other options. You can view up to four security cameras at once by tapping on a category to obtain more comprehensive status information.

For “an even more precise and immersive listening experience,” you can use your iPhone’s TrueDepth Camera to establish a bespoke Spatial Audio profile for your AirPods Pro or AirPods Max.

All iPhone users will be able to use Apple’s Fitness app, even if they don’t have an Apple Watch to help them measure their fitness. To assist you meet your daily Move target, the app will use your iPhone’s motion sensors to track your steps, distance, and exercises from third-party applications.

When will it be released?

iOS 16 will be released in late 2022, according to Apple, with a public beta accessible to iPhone owners starting in July.

Apple hasn’t been more explicit about the release date, but the firm has released major iOS updates in September of their release year for years, so we’re very confident the completed version of iOS 16 will arrive in September 2022, most likely alongside the iPhone 14 range.

iPhones that are compatible with iOS 16

How to Download and Install iOS 16 Beta on iPhone