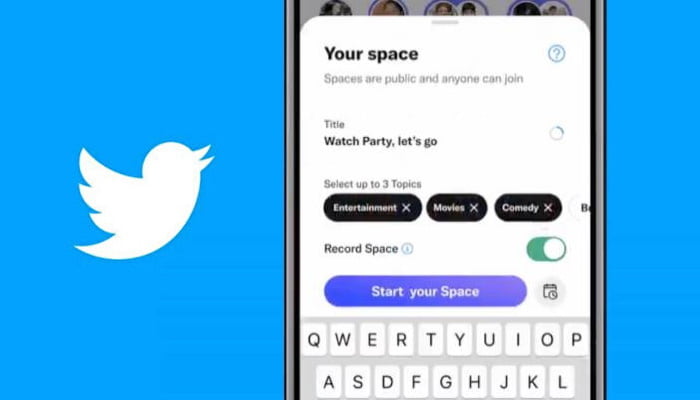 If you’ve spent much time on Twitter, you’re probably aware of Twitter Spaces, a feature that allows users to host or participate in live audio discussions on the platform.

It is the second major update in this respect, according to Gadgets360, since the recording capability was released on October 28. Twitter Spaces received a Podcast-like feature last month that lets all users on Android, iOS, and the Web version to listen to a recording of the platform’s talks.

The ability for hosts to record is now accessible for all users on Android and iOS, according to the company’s most recent update on Twitter Spaces. It was previously only available to a select group of iOS users. Additionally, while starting a Space for Android or iOS, hosts can press the ‘Record Space’ option to make it “accessible for public replay for 30 days after the Space has terminated.” It was once exclusively available for iOS users, but it was subsequently expanded to Android and Web users.

Twitter recently announced that it was testing a TikTok tool dubbed ‘Quote Tweet with Reaction,’ which allows users to reply to tweets with photographs and videos by hitting on the icon in the Retweet menu. These reaction videos or images are dubbed Tweet Takes by Twitter, and they’re comparable to TikTok’s video replies. On iOS, the feature is presently being tested.

Twitter has launched a number of projects aimed at providing voters with accurate information ahead of the forthcoming assembly elections in five Indian states.